by Ming
Personal
No comments

I want to share a very intimate and personal story with you today on a topic that most women shy away from. Rightly so, as it’s very hard, and emotionally to talk about. The reason I am sharing this is to let you know (if you’ve gone through a similar experience) that you are not alone since many women don’t share this type of information. But if this helps 1 person out there I’ll be happy.

It’s regarding pregnancy, or more specifically, miscarriages. Before I was blessed with my little one, I had 2 miscarriages and doubted I could even have kids. That’s why I call Sydney my miracle baby.

Today, we have more advanced medical devices and medications than ever before. An abundance of researches have been done on medical preventions so that we can live longer, healthier lives. It is truly amazing to be part of this modern world.

So my question is then, why is it harder and harder for millions of women to get pregnant nowadays? Is it because women are waiting longer and longer to start a family, or is it the food we eat, or perhaps the lifestyle that we are living that is causing it? Regardless, “infertility” is a word I’m hearing all the time now.

In 2013, I was so excited when I found out I was pregnant just 1 month after our wedding. I thought “getting pregnant isn’t that hard. I wonder why my friends and people posting in the forums on the web has such a hard time?” Little did I know, that this was the starting point of a long and arduous journey for me to become a mother.

People typically wait 3 months before announcing their pregnancy, but noooooo, not me. After the exciting positive home test result, I immediately announced to the world that “Yes, I’m pregnant!” But just shortly after, I started spotting…

So I started Googling it (like most of us do nowadays) and probably read hundreds of forums, and most of them seemed to say that a little spotting could be very normal in the first trimester. So I tried my best to stay calm and not to worry.

However, the spotting lasted 28 days…all the way up to the day I finally had my first maternity doctor’s appointment. Long story short, my first ultrasound ended in disappointment. The bleeding wasn’t normal and my body had aborted this pregnancy by itself.

I was supposedly 10 weeks pregnant then, but the doctor couldn’t find anything on the ultrasound and my HCG levels were back to normal.

Heartbroken, I started getting thoughts that something was wrong with me clouded my head. Thankfully, I have an awesome doctor who explained to me that 20% of all pregnancies end in miscarriages. She said miscarriages are quite normal, but the reason most people don’t know that is because no one talks about it. That made sense.

All this happened around Thanksgiving, so I tried to lift my spirits during the holiday season and made it my New Year’s resolution to get pregnant again in the new year.

The following year (2014) we tried really hard, but didn’t have any luck getting pregnant till the end of the year. The funny thing was that it seemed like I could only get pregnant once a year! I tried ovulation kits (very stressful), counting dates (old traditional method), waiting for the full moon (ha!) but nothing worked.

So by the second half of the year, I had totally given up because I was exhausted (mentally more than anything else). Maybe it was because I gave up trying so hard and was more relaxed, did I finally got pregnant again in November (exactly a year after I miscarried). I was able to see my doctor much sooner this time (at 6 weeks) and thought, “I miscarried last time, so I shouldn’t have any problem this pregnancy”. Wrong.

After watching my doctor searched for the baby for what seemed like an eternity, I knew that was not a good sign. When she finally turned the ultrasound screen towards me, she said “I found the sac, but there isn’t an embryo inside it”. I was so puzzled. How could there be a sac but no embryo? She continued to explain that maybe it was too early to see, so suggested that we wait a couple of weeks then come back for another ultrasound.

Fast forward 2 more visits, at 11.5 weeks pregnant and there was still no sign of an embryo and the sac was deteriorating. So I finally agreed to give up hope and went through with a D&C (dilation and curettage). I’m 0 for 2 now and felt like a failure again with another disappointment only a year since last time.

I really started thinking if something was wrong with me. I kept asking myself, “Why was it so hard for me to get pregnant? And once I did, why could I never sustained it?” Luckily, my husband was extremely supportive and tried his best to convince me that it was not my fault, which helped. Having someone or a place to turn to during times like this is of the utmost importance.

The next year, after trying and trying, I finally got pregnant again in October (another 1 year of trying). This time I wasn’t super excited though because I really didn’t know how it would turn out given my track record. I remember when I stepped into my doctor’s office at 6.5 weeks pregnant I was so scared.

After the usual questioning from the doctor, I anxiously waited for her to begin the ultrasound. My palms were sweating as she started looking around… only this time she turned the ultrasound screen around right away and said, “Awww…there’s the heartbeat!”

There were no words to describe the feeling I had at that moment. Tears started streaming down on my face and I couldn’t wipe them away fast enough to stare at that tiny little flashing dot (heartbeat) on the screen. I was still in shock and disbelief as I looked at the monitor, and will never forget that feeling when I realized that this pregnancy was actually viable.

Now, I wish I could say the remainder of the pregnancy went on without a hitch, but we’re talking about me here right?! Before I get into what happened, I have to say, while I was pregnant it was the best 35 weeks of my life. I enjoyed every single second of it (gained 70 lbs), nausea and all (ok, maybe not the throwing up…!)

So back to what happened. When I was about 33 weeks pregnant, I got put on bed rest when I was admitted to the hospital due to bleeding that was caused by a condition I had called Placenta Previa (where your placenta is blocking the birth canal). Only a very tiny percentage of women ever experience this condition, but knowing me, of course I got it. My baby was healthy though, which was all that mattered.

So after 16 days of bed rest with me bleeding on and off, my doctor decided to do an emergency C-Section after my 4th bleeding episode. She was trying to see if we could keep the baby inside until 36 weeks (1 day in womb equals 3 days outside for the baby to grow), but since it was already 35.5 weeks, it was the safest to take the baby out now.

All I can remember before the C-section is the anesthesiologist swiping an alcohol swab on me and asking “can you feel that?” I distinctly remember replying “yes” and then him yelling “She’s ready!” What?! Ready??? No, I said YES!?!?! Did you hear me wrong??? 😆

The c-section went well (well, almost) but I didn’t get to see my little newborn till 24 hrs later because she was taken up to NICU. I ended up having to have a blood transfusion a day later from losing too much blood during the surgery. Then I didn’t stop bleeding so I had to have another procedure done to fix that! However, the joy of becoming a mom surpassed any hardships I had to face. I have a baby now, that’s all that mattered. If (or when) you’re a mom, you’ll know what I mean.

Shortly after I was discharged, I started running around doing errands and ended up with 4 high fevers within the first month, and then got my wound infected. So take it from me, who learned it the hard way, please rest, and allow enough time for your body to heal!

Til this day, if you ask me how I enjoyed my pregnancy, I would still reply in a heartbeat and say “It was the best time of my life”. Life is a miracle, and what a woman’s body can do is truly fascinating and magical! My fear of not be able to become a mother had finally ended.

So after almost 2 years since Sydney was born, my hubby and I decided to try for another one. This time, I didn’t put any pressure on myself and got pregnant right away. Being stressed really does make a huge difference, so as hard as it can be to not worry, just try and go with the flow.

Unfortunately, I just recently found out that this pregnancy once again is not a healthy one. This time though, there was an embryo but no heartbeat. So I’ve experienced 3 different types of miscarriages. I have my final follow up with my doctor this Friday to see if I will need a D & C.

Yes, I’m actually going through a miscarriage right now while writing this blog post. Don’t worry, I’m OK. 🙂 The reason I’m telling you this is to provide support if you ever need it (hopefully not), because I’ve been there. This is also the reason why I’ve been MIA for the past month. I wish I had the energy to share more styling and beauty posts with you, but I know from past experience that I need to rest and not over-exhaust myself (and the terrible 2’s is no joke)!

So what are my 2 largest takeaways from these miscarriages?

1. First and foremost, don’t blame yourself, you did nothing wrong! Our body knows best, so if the pregnancy isn’t viable, it aborts it for you.

2. Never lose hope and faith! To me, it’s now a numbers game. I’m sure one pregnancy will survive through the 10 months of “baking in the oven!” 😉 So if I can do it, so can you! Just stay positive and let nature take care of the rest.

Okay, I should stop now. This post got waaaaay longer than expected! I just wanted to share my experiences with you so that if you’ve unfortunately had any miscarriages like me, you will not feel alone. I’m with you!!! 😘

A Date with BMW i8 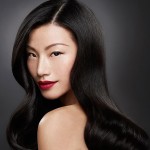 Feel free to browse around. Hope my blog posts will inspire you. If you have any questions, please don't hesitate to leave me a message or comments. Have a lovely day!

Receive My News Straight Into Your Inbox!

A Date with BMW i8

A Stroll Through The Venice Canals

Get Cozy with Burgundy

How To Look Your Best In A Midi Sweater Dress

Welcome to my lifestyle blog! Hope you will enjoy reading my posts and find them useful. Visit often and feel free to leave comments and share your favorite posts with family and friends. Thank you! Mwah...

Receive My News Straight Into Your Inbox!